“And the earth, He has assigned it to all living creatures” Surah 55:10

As this verse points out, God created the earth for all living creatures. The Qur’an also states that all living beings praise God in different ways and in different languages. The Qur’an describes humanity as the stewards (khalifah) of God on earth. Thus, in the holy creation humans occupy the highest rank and are entrusted with maintaining order and balance on Earth. However muslims are reminded by the Qur’an and the Sunnah to treat animals with respect and compassion.

Islamic tradition even provides us with examples of nature conservation: Muhammed himself established sanctuaries around Mecca and Medina, where no trees were allowed to be cut down and hunting was forbidden. He granted rights to all living creatures and called for the protection of water.

The Qur’an also offers us an important starting point to learn about the role of bees in Islam. In the the sixteenth surah, accordingly named “The Bee” or Surah al-Nahl, the bee receives a direct revelation from God: 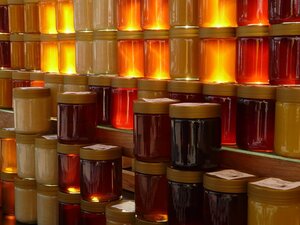 And your Lord inspired the bee, saying:
"Take you habitations in the mountains
and in the trees and in what they erect.
Then, eat of all fruits, and follow the ways of your Lord made easy (for you)."
There comes forth from their bellies, a drink of varying colour
wherein is healing for men.
Verily, in this is indeed a sign for people who think.

Surah 16:68-69
In this surah, God communicates directly with the bee, giving it a special status. While some commentators believe this communication to be a revelation, others, especially within the Sunni tradition, understand it more as a divine inspiration.

Be that as it may, the perfection with which bees build their hives from perfectly formed hexagons far surpasses human abilities and is thus understood to be inspired and guided by God. Furthermore, it is their obedience and submission to the divine will which allow them to produce honey – a procedure that humans cannot understand.

Honey – a powerful but dangerous substance
As the surah lets us know, bees transform fruits into honey, the drink of various colours. The bee can produce honey only because it is guided by God. Thus, honey must also be understood as God’s ability to support humans by providing them with benevolent substances. There are numerous examples of Prophet Muhammed pointing out the power of honey, for example in this narration of Abu Saeed al-Khudri: 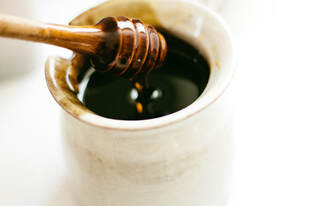 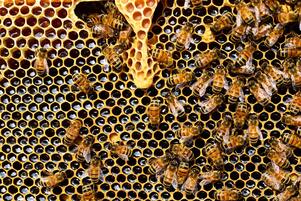 Still, honey is also a dangerous substance. This can be attributed to the possibility of fermenting honey and making wine from it. Honey can be transformed into a substance that corrupts the mind and thus needs social and legal constraints.

Some concluding facts
In the original passage of the Qur’an, God uses the female tense when addressing the bees and instructing them to find a new home. In nature, this is a task performed only by female bees. Also, bees have 16 chromosomes – just like the number of the surah.